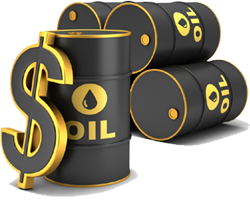 Global oil surplus will disappear in 2017

Demand for oil is expected to outstrip supply in the next six months as long as the Organisation of Petroleum Exporting Countries, OPEC and countries outside the cartel can implement a deal signed penultimate weekend to lower output, the International Energy Agency, IEA, one of the world’s leading energy forecasters, has said.

OPEC had agreed to cut its overall production by 1.2 million barrels a day starting in January. A group of non-OPEC nations, including Russia, Mexico, Kazakhstan and Oman have also committed to slash output. The collective action helped push prices to a new 2016 high above $53 per barrel. Paris-based IEA said in its monthly report that if all parties stick to the agreement, “the market is likely to move into deficit in the first half of 2017 by an estimated 600,000 barrels a day.” But the IEA also warned that the oil market outlook remains uncertain in the longer term. That’s because the production cuts were only agreed for six months, with a review due in May. “This can be seen as prudent given the underlying uncertainties in the oil market and the global economy but also a warning that production restraint might not be extended,” said the agency. OPEC producers want to cut production in order to push prices higher but only within certain limits. If prices rise too high, high-cost producers including the United States shale industry could start pumping again. But the IEA noted that some U.S. shale producers are already making new investments.

The industry has put 161 rigs back in service since May, when the number of rigs dropped to just 316, bringing industry rig count in November to 477. “With oil and gas becoming top priorities for economic growth in the incoming administration and the recent agreement among OPEC and non-OPEC member countries to cut production, oil and gas prices will rise,” said John Hess, Chief Executive Officer, Hess Corporation, a global independent energy company engaged in the exploration and production of crude oil and natural gas. Hess explained that in a capital-intensive business such as the oil and gas industry, attracting investment is key and the OPEC deal will help because it will end the supply glut that has deflated prices. (Vanguardngr)